The setting of Holyrood Palace is quite special. Sitting in the wide expanse of historic Holyrood Park is sheltered by the imposing volcanic hill of Arthur’s Seat and Salisbury Crags. This extinct volcano goes back 350 million years. We enjoyed an off-season visit to this royal home. At times on the tour we were the only visitors to be seen! Her Majesty The Queen stays here every July when she is in residence in Scotland. This is when she hosts the Royal Garden parties and meets visitors of state.

Holyrood Palace also has a rich heritage and has witnessed many important moments in our turbulent Scottish history. It has been a royal residence for over 500 years and it is possible to stand on the spot where Mary Queen of Scots, in the 16th century had lived and worked. A more gruesome note relates to the room where her Italian secretary Rizzio was taken and murdered! Some say you might still see the blood stains on the wooden floor! 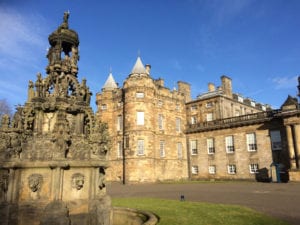 Holyrood Palace and the Courtyard Fountain

We loved the fountain in the court and agreed it looked rather familiar. It seems that Queen Victoria was so impressed with the beautiful fountain in Linlithgow Palace (commissioned by King James V in the 16th century) that she ordered a replica for her Holyrood palace courtyard!

After enjoying the sumptuous furnishings, paintings and tapestries of the Palace it was a wonderful contrast to step out into the sunshine and ruins of the majestic Holyrood Abbey. The origins of the Palace actually lie in the foundation of the Augustinian abbey started in 1128 by David I. The detail on the sculptures, the ancient grave slabs and the wonderful gable end windows make this an excellent part of the visit.

At the end of a day enjoying the rich history of Edinburgh it was time for some exercise and views from the top of Arthur’s Seat. Overlooking the city it was possible to see the castle, the Scottish Parliament, the estuary of the Firth of Forth and the Kingdom of Fife beyond. The visibility was excellent and the wind was brisk! Time to come down and enjoy a dram of whisky at nearby Glenkinchie Distillery. Cheers! 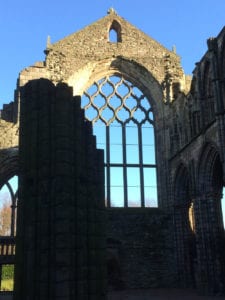 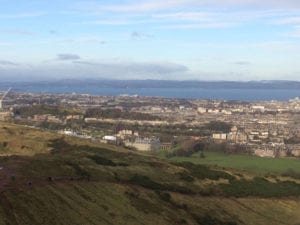 check out our day tours and get in touch to start planning your next adventure
Click Here
We use cookies to ensure that we give you the best experience on our website. If you continue to use this site we will assume that you are happy with it.OkPrivacy policy